I have a very special little guy to introduce to you today. 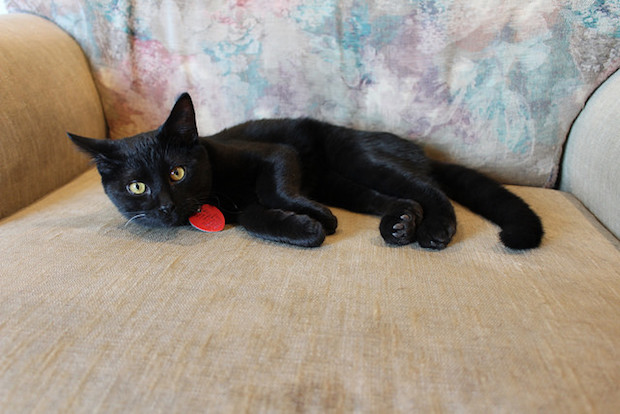 His name is Malcolm, and he is the newest member of our little family. He’s almost five months old, and just the sweetest thing. Jimmy and I adopted him on September 9th, and since then he has brought so much joy to our home.

He’s curious, playful, and likes to snuggle. He purrs almost nonstop. We’re convinced he has a motor inside his belly.

I have to admit, I haven’t been able to get much done lately. I just want to hang out with this little dude all. the. time.

Lola and Malcolm are getting along well! 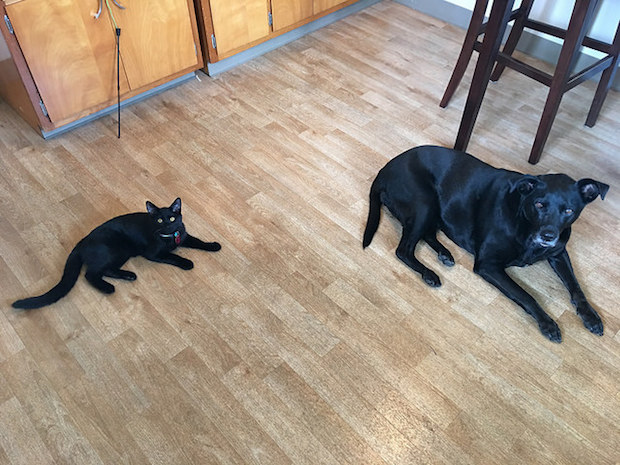 We adopted him from Animal Friends, if any Pittsburgh readers are interested. We had a great experience, and I’d recommend it to anyone local that’s looking to adopt a cat or dog.

Okay, you guys, I can’t stop with the vlogs. I’m having way too much fun making them, so I just had to make a little video introducing Malcolm 🙂