I have a garden update today! First let’s start off by checking out how things have grown since we planted on Memorial Day. Here’s a look at the garden on planting day. 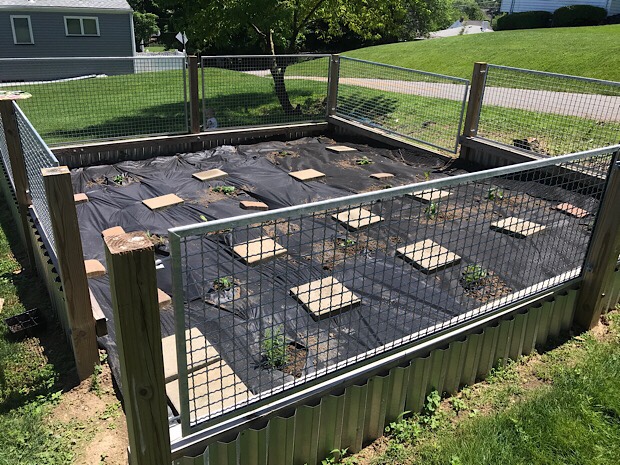 And here’s what it looked like yesterday, June 19th. 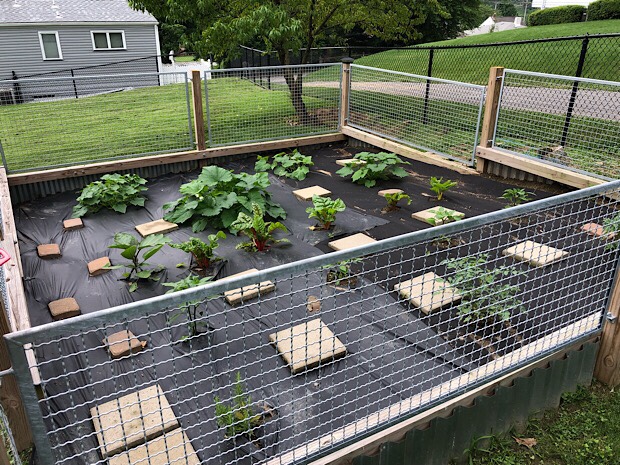 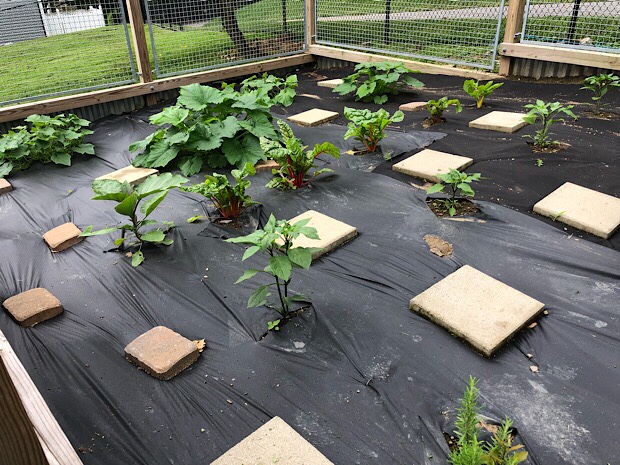 We have definitely seen some growth in the past few weeks! At first, it seemed like everything was growing very slowly. Then Pittsburgh experienced a lot of rain in the past two weeks and everything took off, especially the zucchini, cucumbers, and swiss chard.

The tomatoes and zucchini now have a few blossoms, the eggplant is looking strong (it usually does the worst each year, much to this eggplant lover’s dismay), and the first thing we harvested was swiss chard, just like last year. 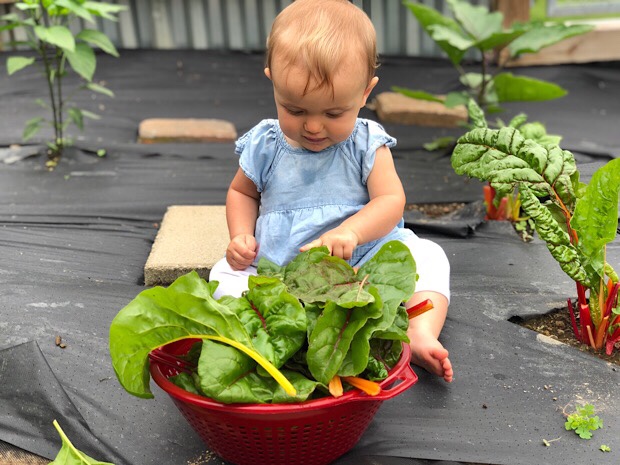 My gardening buddy helped me out with inspecting the swiss chard. The strainer tipped all the swiss chard onto Sadie’s lap right after I took this picture and she started flailing her arms and crying. I was like “I know sweetie, your dad does the same thing when he sees swiss chard!” haha. Jimmy isn’t much of a fan of swiss chard 😉

I expect we’ll harvest zucchini next, then cucumbers, and hopefully tomatoes and the rest of the plants. Now that the garden and our yard are fenced, we shouldn’t have too many deer or rabbit visitors. Jimmy was like “If a deer gets into the garden through two fences then it deserves the vegetables!” and I think I agree!

The only update we’ve made to the garden since I last posted was the addition of solar light caps on the four corners posts of the fence. The first picture in this post is a before and the second is an after of that little project. It doesn’t look like it makes a huge difference, but it’s really pretty at night and first thing in the morning!

So, there you have it. The first harvest of the 2019 season! I can’t wait to see what crops up next 🙂

Past 2019 Garden Posts
Square One
Making Progress
Fencing and Planting