Well, our first Thanksgiving as a family of four is in the books and it was lovely! We had just broken out of the hospital with Mordecai after his crazy bleeding scare and went to my mom and dad’s house with my sister’s family for the holiday!

I’m so glad my mom offered to host because we are t-i-r-e-d over here! We started the morning with sleeping in as late as possible (read: 7:00 am) and coffee + snuggling in bed 😍 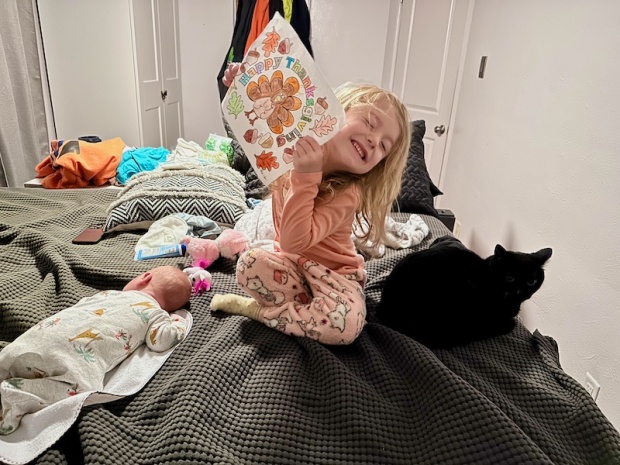 END_OF_DOCUMENT_TOKEN_TO_BE_REPLACED

Well, as I mentioned in a recent post, we had a weird situation with Mordecai’s circumcision. I’m back to share the story and report that it got even more crazy. There’s never a dull moment around here, so let me explain!

Because we had Mordecai at a freestanding birth center instead of a hospital, we knew he couldn’t be circumcised at the birth center. The midwives just don’t do circumcisions and we were home a few hours after his birth.

So, we were told that we had two options:

So, that was kind of unexpected! I personally was like well, maybe this is a sign we shouldn’t go through with it? Jimmy was pretty firm on having it done, and I read about the risks of urinary tract infections in boys/men who aren’t circumcised. It was just a weird situation, you know?

On top of that, our insurance wouldn’t cover it because it wasn’t done by the birth center’s doctor, so it was considered “out of network.” We ended up having to pay $400 out-of-pocket for something that is usually covered by insurance no problem.

We took everything into consideration and decided to go with the mohel. The rabbi actually thought we were Jewish when we told him Mordecai’s name, lol. Anyway, he came to our house on the eighth day or Mordecai’s life and did the circumcision.

Our little guy resting after his circumcision