I have another master bedroom overhaul update! First things first, how about some progress pictures? Our bedroom was previously pretty bare. Just a bed, one nightstand, one makeshift nightstand, beige curtains, and a red comforter. 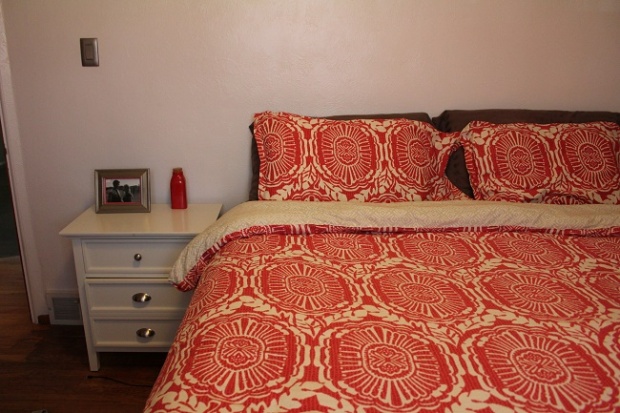 I made a little inspiration wish list, with some basics on it like a white comforter and sheets, nightstands, art, throw pillows, and a few other things. As of May, I had managed to buy a new comforter, duvet cover, sheets, and bedskirt.

Yes, everything is all white. Yes, we have two pets with black fur 🙂

I hunkered down a little more on this project and here’s what our room looks like now with the addition of gray curtains, hummingbird watercolor prints,  and new nightstands. 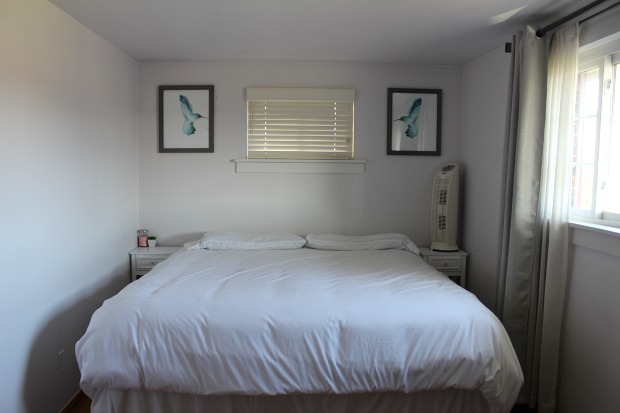 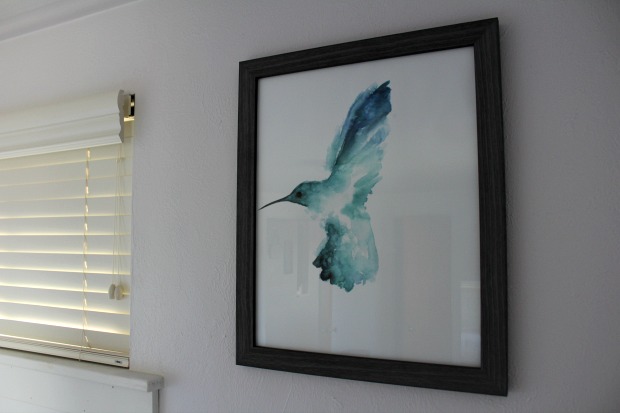 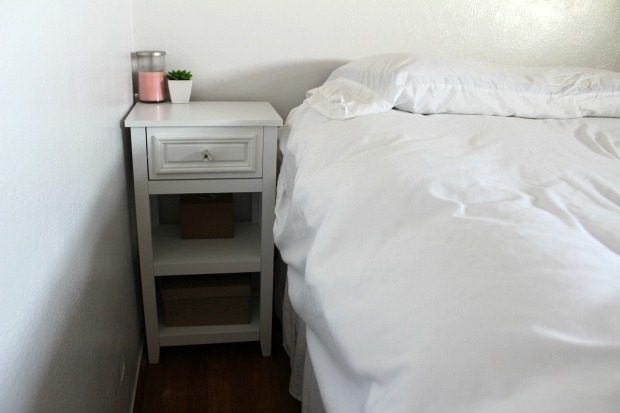 Definitely making some progress! I had been eying up the hummingbird watercolor prints on Etsy since January and finally took the plunge and bought them. I am so glad I did. I just love them and they make me happy every time I see them! I got the frames from Michaels and it’s hard to tell in the pictures, but they’re made from a blue-ish gray wood.

The nightstands were super inexpensive ($48 each!) on Amazon. I looked for nightstands to fit in the 15-inch space on both sides of our king sized bed for months and had such a hard time finding any that were affordable. The curtains are from Kirklands and I think they look a lot better in the space than the beige ones we had before.

Up next, I’d like to hang a picture ledge I bought from Target, buy a bench to go in front of the bed, get some colorful throw pillows, and hang a mirror!