A few years ago, I read a book called The Birth Order Book

by Dr. Kevin Leman. It’s about birth order and its potential influence on personality and development.

As a quick overview, here’s how the author describes common first born, middle, last born, and only child personalities.

First born
First born children are described as leaders that are often perfectionists that desire approval from those in charge. Leman also states that first borns are “typically aggressive” but are also often people pleasers.

Last Born
Leman describes the last children as “social and outgoing” but also the “most financially irresponsible of all birth orders”. He also comments that they have the potential to be manipulative as well as charming.

Only Child
Only Child types are considered to be a form of the First Born personality types, but “in triplicate.”

Family dynamics
Growing up, I lived with my mom, dad, older brother, and younger sister.

When I read the book and compared the personality types to my family, I found a lot of descriptions that rang true, while other’s didn’t. I think every family is different, and the amount of years between each sibling also makes a difference.

My brother, Will, doesn’t really fit the first born description. He’s not aggressive, and definitely isn’t a people pleaser. I would say he is a leader, though. Growing up, he led me everywhere and was always the first child to try something new. Today, he’s laid back, fun, and kind. He and his wife are both real estate agents, and she’s also a first born.

I’m the middle child, and I have to say that I definitely fit the description. I often felt that my siblings were favored over me–my brother because he achieved things first as the oldest sibling and my sister because she was doted on as the youngest. 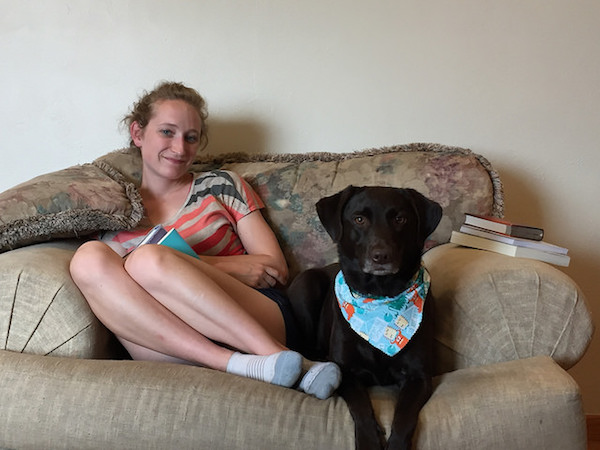 From left to right: My brother, sister-in-law, Jimmy, me, my sister, and future brother-in-law!

I married a first born, Jimmy, and he is a lot more like a first born than my brother. He’s a wonderful leader and quite the perfectionist, especially with work-related tasks.

Hannah is the youngest child and she is absolutely the most outgoing and fun person I know. She’s charming, independent, and always busy. So yeah, I’d say she fits the last born personality pretty well.

She will be marrying Josh in June and he’s also a last born. Josh is a lot like Hannah–absolutely hilarious and very outgoing. I was the only one of my siblings not to marry someone the same birth order as myself. Some people say there are good matches between birth orders, which is pretty interesting, too. But that’s a topic whole other post!

Tell me about your family dynamics!