To learn about what their positions were, and which years they served, check out this post.

The toughest part about serving in the Navy…

“I’d have to say the hardest thing was being away from my immediate family. Going to boot camp was quite an experience, only because it was my first time on an airplane, and the first time away from my parents. Luckily, I got over my homesickness and got through boot camp with the help of a lot of awesome girls that were experiencing the same things. After boot camp, I specifically remember walking down Pier 22 in Norfolk, Va, toward a huge Submarine Tender (USS L Y SPEAR (AS-36)) and thinking, how am I going to get through this. All alone, 20 years old and scared to death.”

The best thing about serving in the Navy…

“I’d have to say the best thing was how proud I felt when I wore my uniform. I was awarded 2 Navy Commendation medals, A good conduct medal, and a medal for serving during a conflict (the 1st gulf war), plus I was advanced to the level if E6 (first class petty officer) in less than 6 years, which was such an honor, and not very common. I was also chosen to serve at a duty station called Supreme Allied Command, Atlantic (SACLANT) which consisted of serving with and for officers from other countries. It was interesting to say the least!”

“I’m extremely glad that It was in God’s plan for me to serve~ after all, I met my husband while at my first duty station, and 26 years later, we have been blessed with 3 precious children :)” 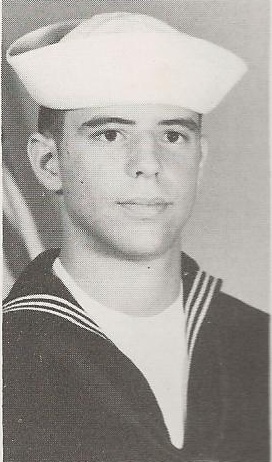 The toughest thing about serving in the Navy…

“I can’t say there was anything specific really hard. If anything, maybe one situation when we were under water for 52 days and ran out of fresh food and had to eat and serve dehydrated and processed foods. The morale of the crew turned bad, it seemed like everyone was down, which made the 52 days seem really long.”

The best thing about serving in the Navy…

I want to extend a big thank you to all of the veterans out there and those currently serving in the U.S. military! Your efforts are greatly appreciated!