I mention Pittsburgh a lot here on my blog. I want to teach everyone some of the Pittsburgh language also known as Pittsburghese.

Yes, Pittsburgh has its own language! We even have t-shirts boasting our interesting sayings. 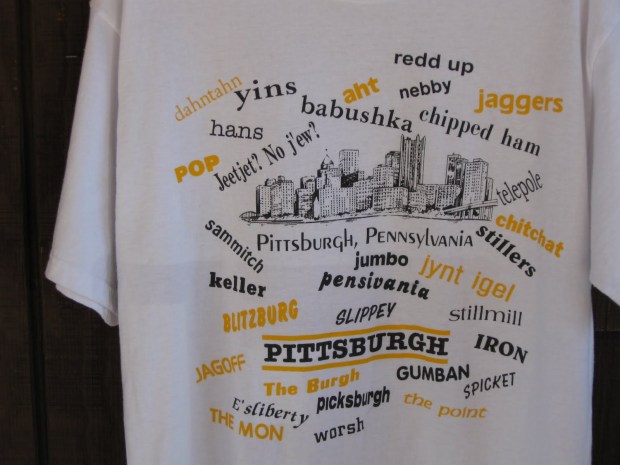 Without further ado, here are just a few of my favorite Pittsburghese words and phrases:

Buggy = Shopping Cart. “Get a buggy for your groceries.”

Chipped Ham =Very thinly sliced ham. “I bought a pound of chipped ham at the store.”

Hoagie = Large sandwich or sub. “Lets get hoagies for lunch.”

Pop = carbonated beverage. “Do you have any pop in the fridge?”

Sahside = Southside, an area in Pittsburgh. “She lives near the Sahside.”

Sammitch = Sandwich. “I ate a chipped ham sammitch for lunch.”

Spicket = Outdoor faucet. “Turn off the spicket or the yard will flood.”

The Burgh = Pittsburgh. “He’s coming to visit The Burgh.”

Yer = You are. “Yer crazy if you don’t love the Stillers.” 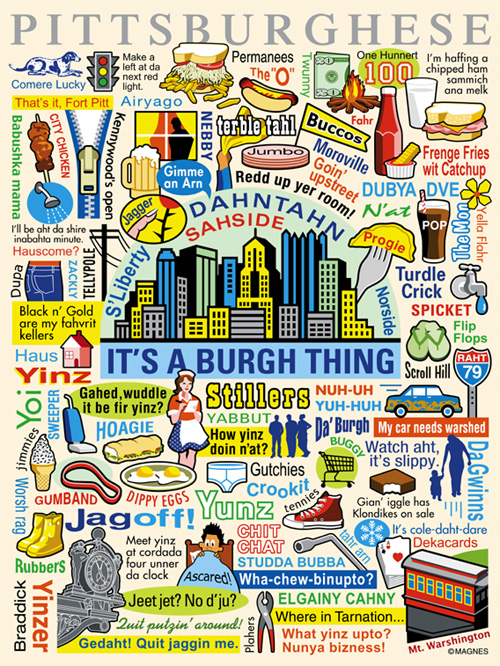 Hope yinz enjoyed it! I’m off to school and then work 5-10 tonight.

Have you ever heard someone speak Pittsburghese or do I need to do a vlog?!

For my Pittsburgh blog friends… Did I miss anything?